Open Innovation has been on the rise for a long time but can be hard to find in current innovation policy. A number of European practitioners and researchers met up to share experiences and learn what opportunities there are for new policy in Open Innovation. This is a summary of parts of that workshop. A next meetup is planned for summer 2017.

The New Innovation Policy Workshop took place at the Max Planck Institute for Innovation and Competition, hosted by Prof. Dietmar Harhoff. The aim was to share experiences from user innovation policy initiatives among policy-makers and researchers. The workshop is about novel approaches to innovation policy, and includes, for example, how individual users and households, as important sources of innovation, can be part of innovation policy.

A number of countries already have experience from specific policy on open and user innovation.

Short interview with the workshop host.

Denmark is a forerunner when it comes to a national initiative for user-driven innovation (UDI). Their work began to shape as early as 2004 and identified this topic as a key policy to stimulate innovation and growth. A programme for UDI was established in 2007 as a part of the overall Danish Globalization Strategy. It was a government initiative to stimulate R&D, innovation and growth in Danish firms. It was an effort with substantial budget, roughly 500 million DKK if you sum up a number of related initiatives.

The Danish User Driven agenda as a timeline. Click image for PDF.

Quite soon, the programme, and the projects it funded, received public criticism. The previous strong political support waned and the programme was terminated prematurely in 2009. Some say a lack of clear definition and (too) many involved stakeholders, in combination with being the first mover, could explain some of the critisism. The funded projects were of a kind that did not necessarily scale well and this did not meet everyone’s expectations. In addition, some of the important aims of the programme got lost in translating it into an actual funding instrument.

In this context, we need to mention another forerunner country: Finland and their 2010 action plan on Demand and User-driven Innovation Policy. It’s a comprehensive document well worth reading. The document has a number of policy contributions: it clarifies the difference between user and producer innovation, provides a definition of user innovation, indicates the level of user innovation activity, and explains some of the policy barriers and outlines possible policy actions. We might return to the Finnish experiences later.

A very recent and interesting initiative is the Austrian Open Innovation Strategy, with the aim to increase the innovation system’s performance/efficiency. It mentions three core objectives:

The strategy contains 14 areas/activities where open innovation can be applied – they consists of concrete proposals. Austria was also influenced by and made use of research findings of relevance to user innovation. Several of the proposals target the barriers that prevent/block bottom-up innovation.

The strategy is grounded at a the ministry level and the process involved the secretary of state. The strategy has not its own budget but is integrated into existing innovation programs or tries to influence the development of new programmes. Examples of launched pilots are: (1) a digital platform for agencies to post problems and for companies to come up with possible solutions (crowdsourcing and innovation procurement), (2) the involvement of citizens in the selection of research areas within medicine (crowdsourcing of health problems, validated by experts, and call for proposals).

The Austrian strategy was developed with the help of the winnovation company.

What is also new (or rare) is the way the strategy was developed. A platform https://www.openinnovation.at/ provided the opportunity for anyone to contribute to the strategy. Close to 500 stakeholders provided comments and further contributions.

The aim is to continue the work on sharing experiences from open and user-driven innovation policy. The current plan is to collect more evidence and present or discuss further at the 15th International Open and User Innovation Conference, held from 10-12 July 2017 at the University of Innsbruck, Austria.

”But we are much more than a physical space — we are a community of like minded entrepreneurs who share a spirit of “open source entrepreneurship,” the idea that, particularly at the very earliest of stages, we all benefit by fostering connection points between and amongst entrepreneurs and startups. Whether it is sharing space, sharing ideas, sharing referrals, networking, or just hanging out, we all thrive on the flow of ideas, people and relationships.”

US Chief Technology Officer Todd Park announced the first class of “Presidential Innovation Fellows” today. Selected from an applicant pool of nearly 700 innovators from across the country, the 18  “Fellows” have agreed to spend six months in Washington to work on five high-impact projects aimed at supporting entrepreneurs, small businesses and the economy, while significantly improving how the Federal Government serves the American people. 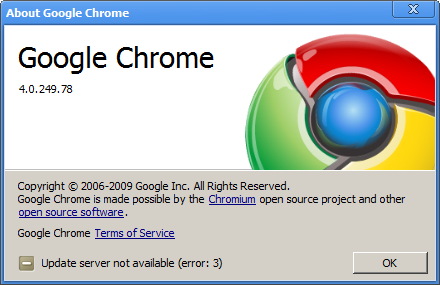 Hands off my Bike!

Bikes have always been targets for thieves. Cyclists are more likely to have their bikes stolen than motorcyclists or car owners. Last year over 500,000 bikes were stolen in the UK (one each minute), with a recovery rate of under 5 per cent. It has been estimated that of the 17 per cent of cyclists that experience bicycle theft, 66 per cent cycle less often and 24 per cent stop altogether.

The Hands Off My Bike Challenge Prize is calling on people from all over the UK to come up with breakthrough innovations to make it more difficult to steal bikes and have the potential to increase numbers of people cycling in the UK.

The winning innovation will be the one that requires the longest time to steal the bike. The innovation will be also judged on the impact on the environment, cost and potential for commercialisation and/or implementation at scale.